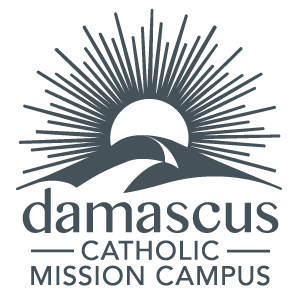 Our mission is to awaken, empower, and equip a generation to live the adventure of the Catholic faith through world-class programs and an environment of encounter.

What’s in a Name?

Just as St. Paul encountered the living God on the road to Damascus, Damascus Catholic Mission Campus is a place of encounter where a generation is awakened, empowered, and equipped to live the adventure of the Catholic faith.

Permanent Home of
Catholic Youth Summer Camp
where the youth of today become the hope of tomorrow.

Centralized Retreat Center
in the State of Ohio
that awakens faith and builds missionary disciples.

An Innovative Missionary Formation Center
where the Church’s renewal begins with the transformation of her leaders.

For 2000 years, the Catholic Church has stood as the foundation of our faith, our culture, and our families. But today, our church is in crisis.

Did you know that 5 out of 6 young people confirmed in your parish today will no longer be practicing their Catholic faith within 10 years of their Confirmation?

That over half of Americans raised Catholic no longer identify as such? When more than 70 % of American Catholics no longer attend Mass regularly, isn’t it time we did something? Many Catholics view their faith as dull and boring, irrelevant and unimportant. Still others see Catholicism as outdated and out-of-touch.

We seek something greater. A church where:

What is the key to renewal?

An environment of encounter with Jesus. In Him, young people are awakened, families are empowered, parish and school leaders are equipped.

For too long the facts have been planted in our minds, without a relationship being planted in our hearts. 89% of Catholic who have remained faithful to the Church after college identify a particular event or experience that triggered their faith commitment. Damascus Catholic Mission Campus exists to provide these events and experiences.

The vision for Damascus Catholic Mission Campus began in 2001 with the inception of Catholic Youth Summer Camp (CYSC), a faith-awakening summer camp that utilizes high adventure camp activities in order to foster a high adventure faith.

CYSC was a response to a legitimate need expressed by parents desiring an environment of encounter for their children that was rooted within the Catholic tradition, a joy filled environment that would challenge young people to live the adventure of their Catholic faith through an encounter with Jesus Christ and His Church.

What began as one week of summer camp grew over 15 years to 8 sessions of camp serving over 1000 campers from many dioceses at three different leased campsites.  CYSC had maximized every site available for lease in Central Ohio, and needed to expand to meet its growing demand, having made advances into the active service of young people with special needs as well as outreach to inner-city youth.

CYSC was incorporated as a 501(c)3 not-for-profit corporation with the permission of Bishop Frederick Campbell in 2006, and in 2015, the Catholic Youth Summer Camp Campership Endowment Fund was established with The Catholic Foundation of the Diocese of Columbus in order to provide for families in financial need.

In the summer of 2016, under the leadership and generosity of a visionary team of benefactors, Damascus Catholic Mission Campus was built on 471 acres in Centerburg OH as the first permanent home of Catholic Youth Summer Camp. Within months of it’s opening, Damascus has impacted thousands of lives, hosted dozens of retreats, and served a variety of vibrant Catholic ministries.

It had become clear through due diligence prior to construction, that central Ohio needed more than just a summer camp.  Damascus was built to provide year-round retreat and conference options with lodging for 140, a lodge with full kitchen, cafeteria and fully featured auditorium.

What had been estimated to meet demand for three years of growth was filled within the first three months of opening registration for the 2016 season. Thus in 2017, a second phase of construction added 2 beautiful lakeside retreat centers that serve retreat groups year-round, bringing total occupancy to over 2500 campers.

Damascus is serving thousands annually in new and powerful retreat ministry programs, and is forming and training a community of young adult missionaries that are bringing revival to every area of ministry culture.

Ongoing camper registration has proved to us that God desires the revival of his church even more than we do.  Even with increased capacity, in 2018, registration filled in just 36 hours after opening leading to the construction of additional lodging that doubles camp capacity.  Praise the Lord for his generosity!

Over the next ten years, Damascus will expand locally, serving 6-8 thousand campers annually, as well as engaging in expansion to multiple locations so to serve the need for ongoing renewal of the Church in America.

We Can’t Do This Without Your Support